A friend and I once talked about how one could still believe after having been deceived over and over again.

In her opinion, if you still choose to believe after so many times, it seems that it is more like, after all, your own problem rather than the cheating one's. Take her father for example. Being the eldest son in the family, he always feels responsible to take care of all the family members, including two gambler brothers and their families. Well, not very surprisingly, these two gamblers took as much advantage as possible of their big brother. But lucky to his father -- I am very very sorry to say that-- one of her uncles committed suicide. And the other uncle, who used to be the owner of a factory and a millionaire, became a scumbag and basically lives for tricking a small amount of money, like couple thousands, out of his brother or sisters' pockets. As a result, my friend's father has caused his family numerous troubles, for he not only paid off the debts of his brother's but borrowed money from the bank, or even from the loan sharks, to meet his brother's needs.

'How pathetic!' I said. 'Just imagine that your uncle has to come up with so many different lies every time. Isn't that a sad thing?'

'No, my father is the pathetic one,' said my friend. ''This is his thing now. He is the one who chose to believe those unlikely stories. And the strange thing is that he felt really down every single time he got tricked by his brother. Shouldn't he have already known that his brother's word is nothing but a lie? How could he be so stupid?'

I know. I have been there.

You've got to believe in someone or something to get yourself kept on going, especially when this someone is really close to you. How could you survire if you lost your only hope, the hope that this someone might have 0.01% of chance to change?

This is exactly how I felt when I listened to this song this morning.

And I'm glad that I have chosen to give up my belief and turned over a new leaf.

drop me a line 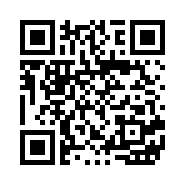